Can we be bullish about Bitcoin yet?

Home Latest News Can we be bullish about Bitcoin yet?

Can we be bullish about Bitcoin yet?

After an almost unremittingly rough 2018, and quiet start to 2019, Bitcoin markets have recently seen demand sustain the sudden rise in price that took BTC back above $5,000 at the start of the April. Indeed, the last few days have seen a couple of positive news stories push prices back towards the $6,000-mark they fell below in mid-November 2018 – so are we okay to be bullish about Bitcoin again?

The last few days have seen a little more positive sentiment surround Bitcoin than we have been used to of late. The launch of the Moon crypto payments service – currently awaiting approval for the Chrome browser web store – brings with it the promise of real, Lightning Network-powered, real-world utility for users of cryptocurrency. Almost simultaneously, Technical Analysis-savvy market watchers have noticed a chart phenomenon known as a Golden Crossover taking place on their screens, where the 50-day Moving Average Price of Bitcoin has crossed above the 200-day Moving Average. While it is not an indicator of more price gains in the short term, due to the fact that – by their nature – Moving Averages are dependent on what has gone on before, it is a phenomenon that was last seen in late 2015 and is heralded by some price-watchers as long-term indicator of stronger prices to come.

Sticking with this longer view, it is perhaps apposite to point out some of the fundamentals that underpin Bitcoin, and how much stronger they look at this point in 2019 compared to where we started the year. As we close in on 18m Bitcoins in circulation, information on Blockchain.com show us that even as hash rate has exploded by almost 10x in two years, Miners are still being paid almost over three-times more in dollar value that they were at this point in 2017. 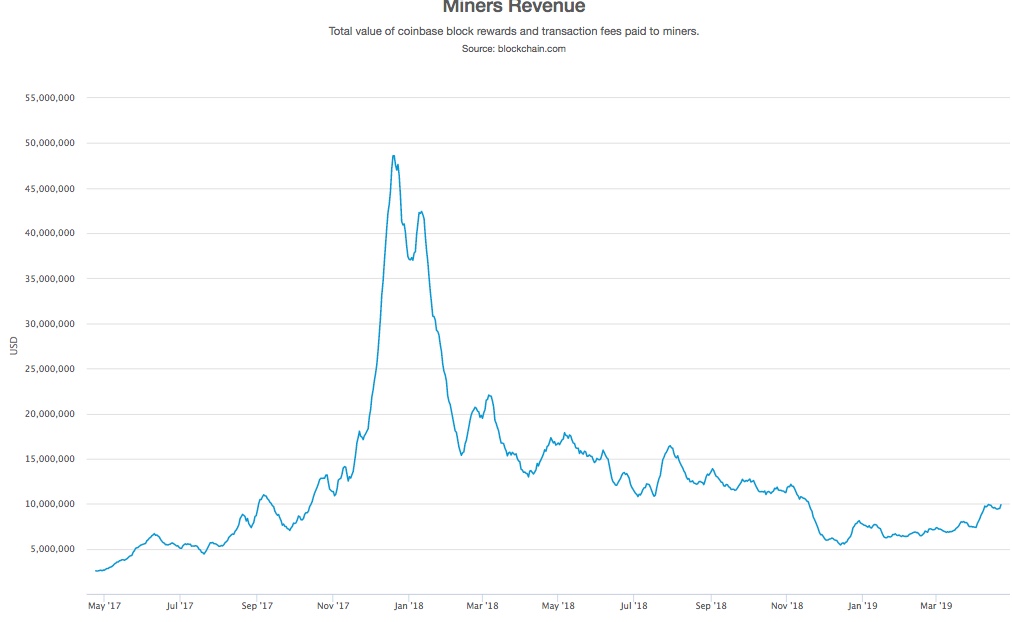 Confirmed transactions on the network are closing back in on the peaks they hit during the boom of late 2017, exceeding 375,000 per day for the first time since early January 2018 in the first few days of April 2019. 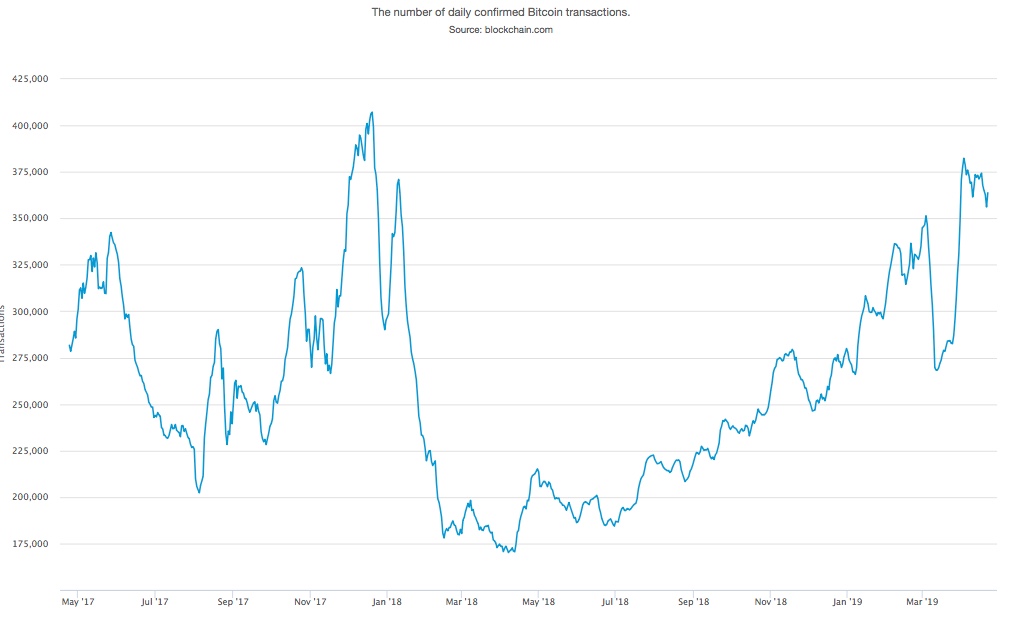 Bitcoin, like all crypto is almost mind-crushingly volatile in a short term window. Pull out far enough, though. and its trajectory begins to resemble a much more steady rise. If you were bullish about Bitcoin two years ago, there is little-to-no reason not to be bullish about Bitcoin right now. The spike of late 2017 skewed an awful lot of perspectives, and did an awful lot of damage to the ecosystem as a whole, but that’s not Bitcoin’s fault.

Lies, damn lies and statistics, though, right? Numbers can prove a lot of things, depending on your point of view. While analysts continue to struggle to agree on metrics that can be considered true fundamentals for what is still a nascent money market, if you are looking to use your GPU rig to mine cryptocurrency, Cudo Miner’s algorithms can sweat the details of what is most profitable to mine and allow you to be paid in whatever cryptocurrency you see fit – including Bitcoin.

At the moment, the cryptocurrency markets looks in a much healthier state than they were just three months ago. If you, like many, believe it to be the long term option as a cryptocurrency store of value, Cudo can make sure that you’re getting the most crypto for your mining efforts right now, while you wait to reap greater rewards later.